On a February day in 2008, I decided that I needed a dog to join me on my pigeon shooting outings. As my late father used to trial and make-up springer spaniels to be Field Trial Champions, there was only one breed for me.
We didn't really select Poppy, she basically chose us by hopping out of the pick-up, sitting on my feet and looking up at me - something she still does.

So this is how our journey began and little did I think that we would become an inseparable pair and go on be the first spaniel ever to win the World Series Championship (and a brand new Mitsubishi ASX car) at The Midland Game Fair. 4 years later she won it again and became the first dog ever to win it twice and she still holds that accolade and enabled me to be the first, and only, handler to win it twice. 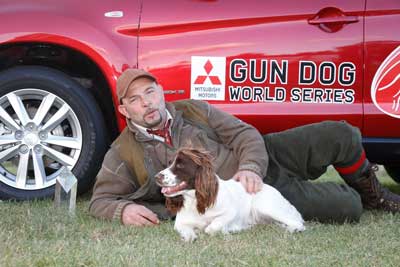 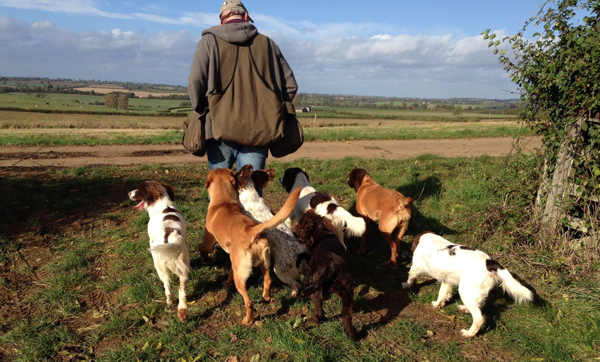 In 2013 Poppy's puppy, Dillon won the World Series handled by my stepson, Brody Chequer. So in an amazing period, from 2011 to 2015, Boggwater Gundogs won 3 world Series, and 3 motor vehicles. As time has gone on, we have started trialling in a bigger way and that's the way we will be going forward at Boggwater. In the 2018/19 season, Charley became the youngest male Springer Spaniel to win a trial in Great Britain, at only 18 months old.

I used to flight duck with my late father and his dog, and he would let me do all the shooting. I didn't then understand why he didn't want to shoot. But now I know that the love and the thrill of working your dogs for others' enjoyment far outweighs the thrill of shooting a gun. I owe my father a lot and I hope that Boggwater Gundogs can truly make him proud.

All our dogs work in the shooting season and pick up on many shoots throughout the season!
Please look through the info of our dogs, we class ourselves as a working pet home so they have the
best of both worlds!

We take dogs in for training and we also do one to one training!.. Feel free to have a look!! 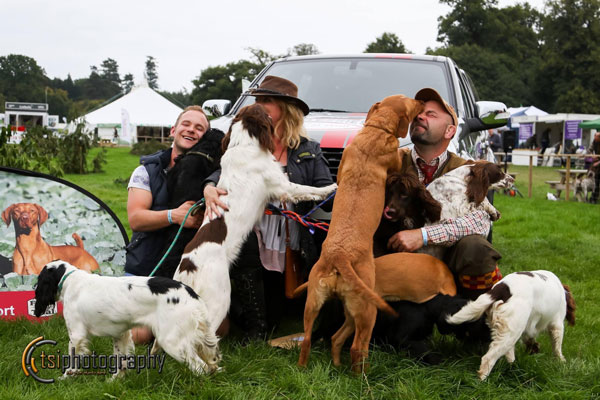